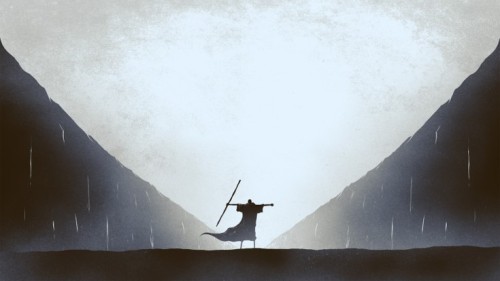 “Who is the Lord, that I should obey his voice?” cynically retorted the Egyptian Pharaoh. (Ex. 5:1).

This was in response to Jehovah’s messenger, Moses, who came with the command, “Let My people go.”

Who is the Lord? Well, Pharoah was about to find out in a dramatic, life-changing fashion. The ten plaques the Lord rained down upon the Egyptians was an “in your face” denunciation of their false gods. And a demonstration of His power.

But as Ben Hall observed in the lecture we attended last night at Florida College, God’s greatness, even more than his power, is seen in His faithfulness. “In your faithfulness, you have led the people,” Moses affirmed as they celebrated their Exodus from Egypt, their crossing of the Red Sea, and the destruction of their enemies.

The Florida Colleges Lectures, which we’ve attended for 55 consecutive years, is focused this year on the book of Exodus with the theme “I Brought You Out.”

Tom Hamilton, Chairman of the Biblical Studies Department, observed in the lecture book preface that “the exodus became a paradigm for the Lord’s deliverance of His people out of circumstances that humans label as ‘impossible.’” This prototype, Tom suggests, “foreshadows God’s deliverance of all humanity from sin and death.”

One source says there were over 2,000 gods and goddesses that were a part of the Egyptian pantheon. Such idolatry boggles our imagination. We think we’re exempt from such primitive thought and culture. Yet, our idols, while possibly more sophisticated, are nonetheless just as impotent, inadequate, and inert. Possessions. Power. Position. Prestige. Pleasure. And politics. These along with sports, hobbies, entertainment, and of course, money itself may become our god.

When we fall prey to false gods, they are devoid of the power to fulfill their promises of ultimate happiness and will leave us empty, unfulfilled, and disappointed. Only Jehovah God is faithful to His Word. And can deliver us from the evil one.

Ben’s lecture pointed out that God was faithful in His promises to Abraham. Not just in the promised land or the nation of Israel, but ultimately in the coming of the Messiah, Jesus Christ. By Him and through Him the “Good News” of the Kingdom would be preached to free us from the bondage of sin, deliver us from Satan’s stranglehold on our hearts, and lead us into the eternal Promised Land. God kept His Word. In His time. And in His way.

As I thought about Ben’s focus on God’s faithfulness, I thought of the apostle Paul’s statement with regard to God providing a way of escape from temptation (1 Cor. 10:12-13). “God is faithful,” he affirmed. However, just like Israel of old, there are times, when I haven’t been faithful. How about you?

Have you tested God’s patience?

Have you worshiped false gods?

Have you been filled with pride?

Have you ignored or neglected God’s Word?

Yet, through it all, God remains. Faithful. Ready for you to repent. Willing to forgive. And loving you unconditionally.

“God’s faithfulness,” Ben admonished, “not only compels followers of Christ to loyally love and obey him in return, but it also demands that we are devoted to one another in brotherly love.” Like the first-century Christians, we are living in a pluralistic society. And like them, we’re called to put aside our social status, economic position, cultural differences, and political partisanship to be “one in Christ.”

God’s faithfulness propels us to share the “Good News,” with those in captivity to sin and Satan. And to be “the light of the word,” that leads them out of darkness into the marvelous light of the Lord.

God’s faithfulness calls us to undivided and uncompromising loyalty.

God’s faithfulness motivates us to live a transformed life, committed to Christ.

Finally, it is God’s faithfulness that transcends the despair and hopelessness of the world. That offers peace of mind. Direction of life. And a realization that what America needs, and the world needs is not a political solution to our problems, but submission to the Savior.

We haven’t reached the Promised Land. But we’re on the way. And we know the destination is sure because… God. Is. Faithful.