The Greatest Question Ever Asked 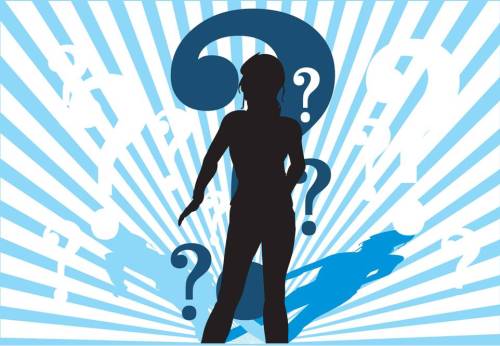 A friend once asked Isidor Isaac Rabi, a Nobel prize winner in science, how he became a scientist.

Rabi replied that every day after school his mother would talk to him about his school day. She wasn’t so much interested in what he had learned that day, but she always inquired, “Did you ask a good question today?”

“Asking good questions,” Rabi said, “made me become a scientist.”

The Bible raises some very important questions worthy of our consideration.

“If a man dies, shall he live again?” Job asked

“Who do you say I am?” Jesus inquired of the disciples.

“What shall I do then with Jesus?” pondered Pilate at Jesus’ trial.

“If God is for us, who can be against us? Paul rhetorically asked.

“For what will it profit a man if he gains the whole world, and loses his own soul? Or what will a man give in exchange for his soul? Jesus challenged.

Paul and Silas had been imprisoned, following a severe beating, for preaching Christ. Yet, they maintained the joy of their faith as they were praising God in song and petitioning Him in prayer.

At midnight, God miraculously used an earthquake to loosen their shackles and unlock the prison doors. When the guard saw what had happened and knew he would be held responsible for the prisoners’ escape, he was about to take his own life.

Paul, however, immediately let the jailer know that no one had escaped and implored the jailer not to harm himself. Fearfully falling at the feet of Paul and Silas, he asked the question that we should all be asking:

Consider the import and implications of this great question.

What. An interrogative question

The jailer seriously sought an answer. It wasn’t a speculative question. A “gotcha” question. An abstract question. Or a mere quizzical question.

Must. An imperative question.

This suggests obligation. Conditions. Commitment. And duty. Something that must be done, involves a necessary requirement.

I. A person question.

Salvation is not a group exercise. It is individual. Personal. And something that cannot be acquired for another person. Each one is accountable and responsible to ask and find the answer to this question.

Do. A responsive question

The answer to this question suggests that action is involved. There must be a response of the questioner. The Bible teaches that God, by His grace and mercy, has already done His part in making salvation possible. He planned it. Jesus Christ executed it. And the Holy Spirit revealed it. Now we must do something.

This is a serious question. A momentous question. A consequential question. The Bible teaches us that we are saved from our past sins. Every spot, stain, and sin that sullies the soul can be washed away by the blood of Jesus.

“What must I do to be saved?” The question with an answer.

Some questions are so hypothetic and theoretical that it seems there no answer. But Paul answered this question.

Unfortunately, too many people stop reading at that verse. As Paul Harvey used to say on his radio broadcast “Here’s the rest of the story…”

The jailer’s salvation was not secured by a mere mental ascent, or by muttering a few rote and ritualistic words. Paul explained why he needed to believe. Who he must accept. And what he must do. And how he could be saved.

Not every conversion account in Acts records the entire sermon and specifically details the steps to salvation.

As he “spoke the word of the Lord,” he must have told the jailer of God’s love, mercy and grace that made salvation possible (Eph. 2:1-10) No doubt, Paul preached “Christ and Him crucified” (1 Cor. 2:2). Obviously, he explained how “godly sorrow produces repentance leading to salvation (2 Cor. 7:10). And he undoubted repeated some form of the challenge that was put to Him years earlier when he was saved by the preacher Ananias.

“And now why are you waiting? Arise and be baptized, and wash away your sins, calling on the name of the Lord.” (Acts 22:16).

The jailer accepted the answer to his question. Obeyed the gospel. And received salvation.

This great question is one that begs for your attention. What will your answer be?

3 responses to “The Greatest Question Ever Asked”