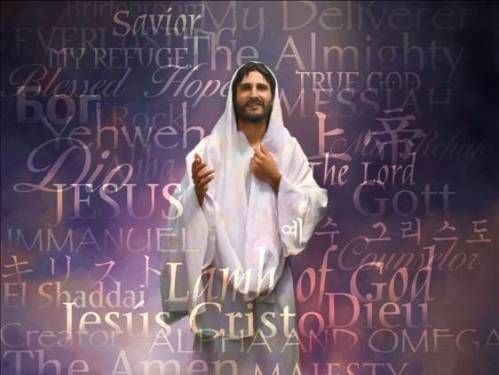 “Jesus Christ, Superstar, do you think you’re what they say you are?”

This question, sung by Judas Iscariot and a backup chorus, is at the heart of the rock opera Jesus Christ Superstar, which NBC will re-air tomorrow night on Easter Sunday.  Superstar is the adaption of Andrew Lloyd Webber’s and Tim Rice’s 1970 musical stage play, with musical star John Legend playing Jesus.

The question regarding Jesus’ identity has not only reverberated across our culture for the past 50 years, it has, in fact been an issue for almost 2,000 years.  It’s a question that’s at the very core of Christianity. It’s fundamental to our faith.  And vital to the assurance of our Hope

Jesus Christ Superstar  is told from the point of view of Judas Iscariot. In the opening song, Heaven on their Minds, Judas is speaking to Jesus and says.

“Jesus! You’ve started to believe
The things they say of you
You really do believe
This talk of God is true.

Based on Biblical accuracy, it goes downhill from there. From Rice’s and Webber’s perspective, Jesus was not the son of God just a “super prophet.”

When Superstar first hit Broadway Tim Rice had this to say about Jesus:

“For me it obviously indicates that, Christ was just a super-prophet who – a fantastic man, who made a big mark on his time, and we don’t really know all that much about him. The fact that an awful lot happened in Christ’s life that could easily be legend, I don’t think diminishes the importance of the legend. But, I think, as the years roll on, in the 20th and 21st centuries, I think less and less people are going to think of Christ as a god, and I think more people are going to see him as a generally good thing. I don’t see him as a god at all, and the opera doesn’t categorically say he wasn’t but I think it leaves the question very open.”

The entire Opera pictures Jesus as confused and doubting, questioning God, and wondering if he will be remembered at all. The Bible, however, clearly shows that Jesus knew and embraced his mission to earth.

Christ is pictured in the play as being angry, frustrated, and disconsolate. Overwhelmed at the crowd seeking healing, he even hints that he’s powerless to heal them all.

There’s too many of you — don’t push me
There’s too little of me — don’t crowd me:
Heal yourselves.

However, the Bible says Matthew 12:15 says that when Jesus tried to withdrew himself and the multitudes followed him “He healed them all.” No one was turned away.

The Bible doesn’t say Mary was a harlot. It does say Jesus cast 7 demons out of her and along with other women, she was a follower of Christ (Lk. 8:2). Furthermore, Peter affirmed that Jesus was sinless and free from deceit (1 Pet. 2:22). The Hebrew writer describes Jesus as “holy, harmless, (and) undefiled (Heb 7:26).

Then in Mary’s song, “I Don’t Know How to Love Him” she sings “He’s a man. He’s just a man.” This is contrary to the Bible account that shows that Mary was an ardent disciple of Jesus, a believer, who was present at the empty tomb and saw the resurrected Savior (Lk 24:1-10).

During the Passover Supper, when Jesus institutes the “Lord’s Supper” in which he commanded us to remember Him (Lk 22:17-20), Superstar has Jesus accusing His disciples of not caring about Him. Then he says:

Finally, in Gethsemane’s garden where Jesus is supposed to be praying to God,  he says,

“Can you show me now that I would not be killed in vain?
Show me just a little of your omnipresent brain
Show me there’s a reason for your wanting me to die
You’re far too keen on where and how and not so hot on why.”

Jesus is portrayed as “sad and tired,” having lost His original vision. Considering becoming a martyr, Jesus selfishly asks, “Will I be more noticed? What will be my reward?” The song ends with these evasiveness words: “Take me now, before I change my mind.”

Much more could be offered to demonstrate the blasphemous perversion of the Biblical accounts of Jesus. As one writer expressed it “Jesus Christ Superstar is more than a popular opera that happens to get some facts wrong. It is an attempt to rewrite history. It makes the traitor Judas Iscariot a victim and reduces the Lord Jesus Christ to a burnt-out celebrity who is in over His head.”

Superstar is wrong. Jesus Christ was and is the Son of the living God.

4 responses to “Jesus Christ: Superstar or Son of God?”